The Howards Line-Henry de Peyton, second son of John de Peyton (living 1136), took the name of his fee holding from his elder brother Robert, Lord of Ramsholt, in Ramsholt- called Howards.  Based on this holding, Henry followed a frequent practice of younger sons and adopted the name Howard.  By the time of his son, Robert Howard (14th century), the Howard arms were in use by this Peyton branch-The Peytons of Virginia, Volume I, p 12.  (Please "click" on "Galleries" on the top ribbon for instructions on how to have your Peyton/Payton Line photos considered for the PSV site.)

The Howards intermarried with many influential British families throughout the years, and eventually became part of the blood line  of the present day Dukes of Norfolk.  Their family seat is at Arundel Castle.

Philip Howard is one of the most famous Howards.  Born in the Strand, London, he was the eldest son of Thomas Howard, 4th Duke of Norfolk and Lady Mary FitzAlan, daughter of Henry FitzAlan, 19th Earl of Arundel. He was baptized at Whitehall Palace with the Royal Family in attendance, and was named after his godfather, King Philip II of Spain. At the age of fourteen, he was married to his stepsister, Anne Dacre. After years of estrangement, they were reunited and built a very strong marriage.

In 1569, on 1 October, Philip Howard's father, Thomas Howard, was arrested for his intrigues against Queen Elizabeth I. His father was attainted and executed in 1572, but Philip Howard succeeded to his mother's heritage upon the death of his grandfather, becoming Earl of Arundel in 1580.

Howard, and much of his family, remained Catholics during the reign of Queen Elizabeth, when it was very dangerous to do so. They also attempted to leave England without permission. While some might have been able to do this quietly, Howard was second cousin of the Queen. He was committed to the Tower of London on 25 April 1585. While charges of high treason were never proved, he spent ten years in the Tower, until his death of dysentery. He had petitioned the Queen as he lay dying to allow him to see his wife and his son, who had been born after his imprisonment. The Queen responded that "If he will but once attend the Protestant Service, he shall not only see his wife and children, but be restored to his honors and estates with every mark of my royal favor." To this, Saint Philip replied, "Tell Her Majesty if my religion be the cause for which I suffer, sorry I am that I have but one life to lose." He refused and died alone in the Tower. He was immediately acclaimed as a Catholic Martyr.

He was buried without ceremony beneath the floor of the church of St Peter ad Vincula, inside the walls of the Tower.  After Philip Howard's death, the Howards were forced into exile for some period, in order to retain their Catholic faith.  Twenty nine years later, his widow and son obtained permission from King James I of England to move the body to the Fitzalan Chapel located on the western grounds of Arundel Castle.  The door between the Church of England village church and the Roman Catholic Chapel can only be unlocked when an individual who married into the Duke's family and who is protestant,  wishes to be buried in the Catholic chapel beside their spouse.  Otherwise, there may be legal issues created where the Church of England could lay claim to the Catholic Chapel.  Beatified in 1929, he was included among the English martyrs canonized in 1970 by Pope Paul VI.  His tomb was moved to the Catholic Arundel Cathedral in 1971 and remains a site of pilgrimage. 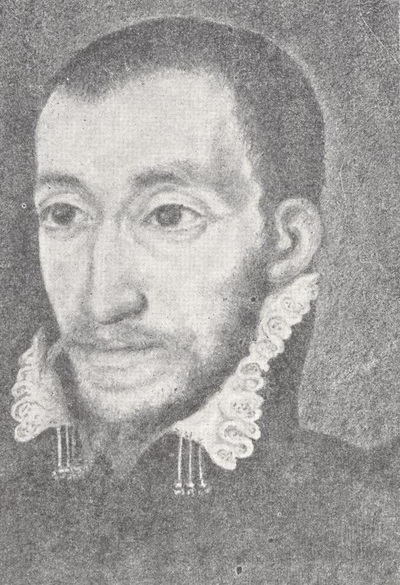 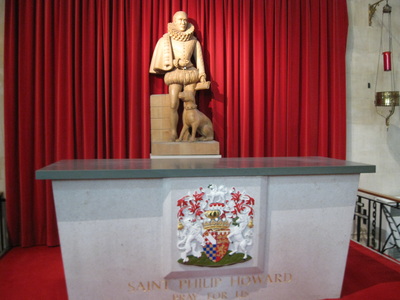 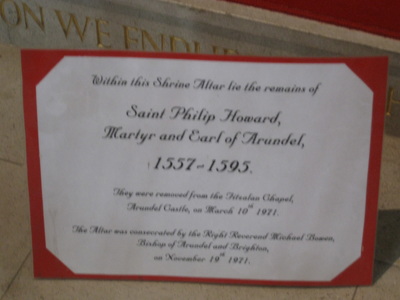 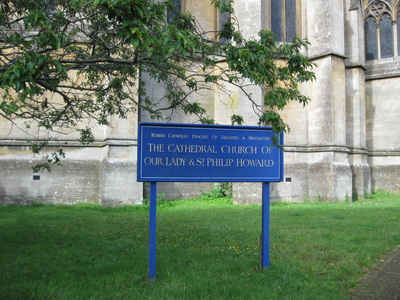 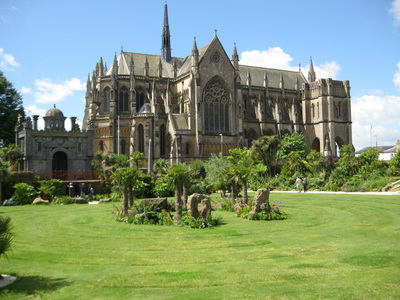 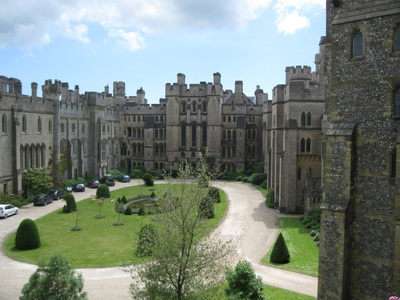 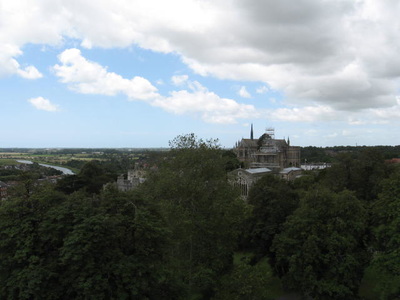 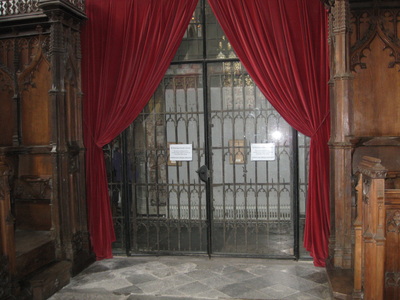 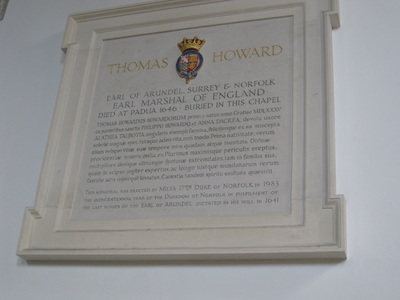 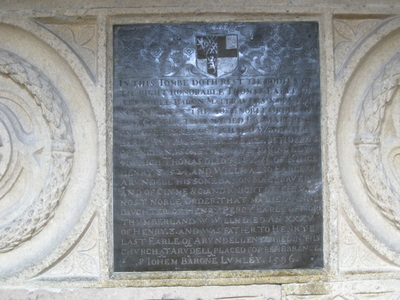